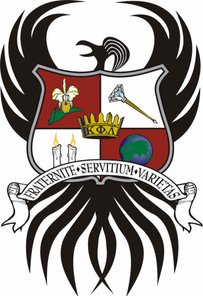 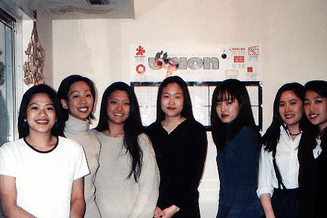 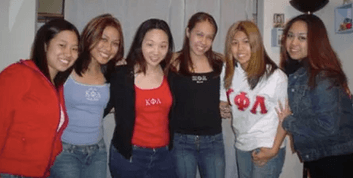 "We the sisters of Kappa Phi Lambda Sorority, Incorporated, strive to strengthen Sisterhood amongst women by providing Service and promoting Cultural Diversity to our members and our community, thus securing the bond of kindship for posterity. Kappa Phi Lambda exists to further educate individuals about Pan-Asian culture while keeping our own identities. We aim for academic excellence, keeping in mind the importance of education and learning as the key to strength, awareness, and fulfillment."

Seven extraordinary women came together to establish Kappa Phi Lambda Sorority, Inc. at Binghamton University on March 9, 1995. These seven founders: Elizabeth Choi *Wizard*, Karen Eng *Ladybug*, Rei Hirasawa *Energizer*, Hee Cho Moon *Hobbes*, Chae Yoo Park *Huckleberry*, Samantha Somchanhmavong *Homer*, and Connie Yang *Kool Aid* united with a single vision of providing women with the chance to use their pride in their heritage to become leaders of society. The sorority was conceived through the notion of an organization that would provide a culturally sound and educationally inspiring grounding for Asian American women. These seven women envisioned themselves laying the cornerstones of what was to become a culturally revolutionary and unprecedented organization. This cultural based sorority was to unite young women of differing heritages and encourage them to make use of their strong voices and thoughts. This sorority is open to women of all nationalities and backgrounds who want to learn about, actively speak for, and represent Pan-Asian culture. Held together by the bond of sisterhood and striving to educate each other and the rest of the community, our founding mothers not only channeled Asian American awareness through voice, but also by action. They taught each other about strength and ambition while discovering their own true unparalleled identities in the process. These first sisters of Kappa Phi Lambda also extended their hands to the community through charitable works of both service oriented and philanthropic natures. By doing so, they were able to make a real and impacting difference in the world around them. All the while, they were given the opportunity to educate others about the beauty and complexity of Pan-Asian culture. Kappa Phi Lambda formed to provide the campus, and on a large scale, the society, with yet another option for learning, and another outlet for activity.

Six hard-working and dedicated young women, in an effort to provide more options to the women of Northern Illinois University, embarked on a quest for sisterhood through Kappa Phi Lambda. These Women strived for a vehicle by which they could accomplish their goals and visions of providing community service, promoting Asian and multicultural awareness, and maintaining a high standard of academic excellence. Yocca Wong *Vesta*, Michelle Anilao *Lady Jaye*, Vincci Lau *Lulu*, Heather Ann Skalski Plummer *Burst*, Jennie Lin *Eve*, and Elenor Beltran *Nexus* experience many obstacles over the course of their journey but preserved and emerged victorious. As the Charter Class Sisters of Kappa Phi Lambda at Northern Illinois University, they vow to maintain and enrich the legacy, which they hold dear to their hearts.